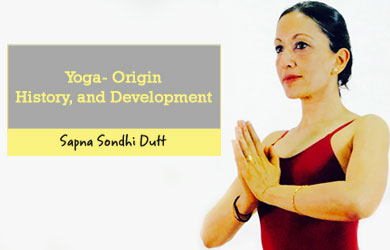 “For those wounded by civilization, yoga is the most healing salve.”

‘Yoga’, the Sanskrit word, can be elucidated in many ways. Traditionally, yoga came into being as a means to bring about a profound transformation in the person practicing it,through the transcendence of the ego. Today, while the intention still remains the same what has changed is the styles of performing the art.

The development of the art can be traced back to the Indus-Sarasvati civilization in North India over 5,000 years ago. The first mention of the word yoga is seen during the vedic period, in one of the oldest sacred texts in the world, the Rig Veda. This is a collection of texts containing songs, mantras, and rituals to be used by Brahmans, the vedic priests. Topics of the Rig-Veda included prayer, divine harmony, and unity with the divine.

What does the term Yoga mean?

The word Yoga was taken from the Sanskrit word ‘Yuj’, which means ‘the union of one’s consciousness or soul with the Universal Consciousness or Spirit’. Essentially, the term yoga is used to describe a means of uniting the different levels of our body – physical, mental, and spiritual or a method of balance, intuitive awareness, and discipline.

In the past 60 years, yoga has gone from a little-known, esoteric Indian practice to a central activity of the cultural mainstream. But while it is commonly available in cities throughout the world and almost everyone has heard of it, yoga still remains something of a mystery to people who have never tried it.

Here is an infographic explaining the origin, history, and development of the art down the years up to the present day. 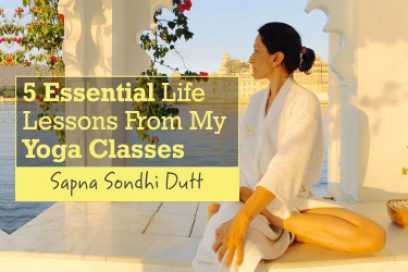 Yoga is more than just the physical practice. The more I stay with my yoga… 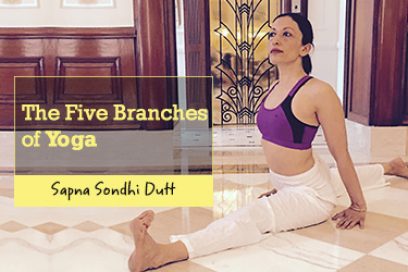 When we think “Yoga”, what usually comes to mind is physical postures or asanas.  Usually,… 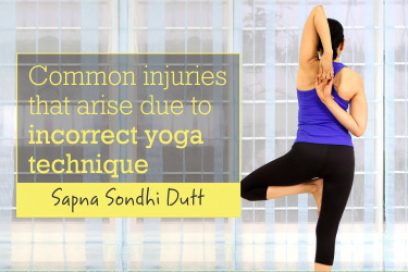 Common Injuries That Arise Due To Incorrect Yoga Technique